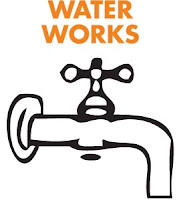 In August 2012, what happened that caused a Bentonville mom to leak profusely from her eyes? 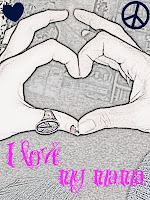 When will it stop?  I mean seriously, I am a logical woman who has been preparing for years for this very time in my life so why is it so difficult for me?  I've know from the moment that little pink plus sign showed up on my pregnancy test in February of 1994 that someday that sweet baby would leave...that that baby would head off to college just like every child should.  Once Anna began her freshman year in high school, I began to talk about her eventual move to college, encouraging her and building her up.  Strengthing her wings so she would be ready to soar.  I got my mind convinced and it is find but my heart well that's another matter.

In the weeks leading up to the big day, I had lots of cases of the "leaks."  Those unexpected episodes of tears streaming out of my eyes seemingly without cause or reason.  I explained to her that it was normal and uncontrollable that I didn't want her to be sad I just want her to go to college and be the best she can be, the tears aren't that I want her to stay but rather an outward reflection of how I will miss seeing her sweet face every day.

Flash forward to the actual day and I did pretty good!  I didn't cry as I walked out of her dorm room and left her in a new world.  I shed a few tears on the way home but over all it wasn't as bad as I had anticipated.  When we got home we had so many things to fill our time for a few weeks that I didn't have time to dwell on the fact that she was gone.  I started school with the littles and life seemed to be just fine until last weekend.

College girls will do what college girls have always done-get in their vehicles, drive to the nearest mall and SHOP!  I understood that and was fine with her going to Joplin with her friends until I was in Oklahoma at the Lake talking to her on the phone.  She was rattling on about how much fun she was having and that they were almost there.  As I drove on, service got sketchy and she began to fade as we both simotaneously said "I'm losing you, I love you, goodbye..." oh my that seemed so final.  I began to sob uncontrollably as the emotions swept over me.  I was no longer in control.  I no longer could protect her from harm.  I was no longer the safe place for my A #1 Angel girl.  I had reached the point where I realized that I had done all I could and now, now she is in God's hands.  I have to trust and believe that I have raised her right and that she will make good decisions and stay safe.  Wow, that's a load to grasp driving down some hillbilly road in eastern Oklahoma.

The other day, she dropped me a note with a trinket she had picked up on her trip to the Mall.  It was engraved with "a daughter is a forever friend."  Of course I fled the scene and escaped to my private retreat (AKA my bathroom) to sob and say a word of thanks for a daughter like her. 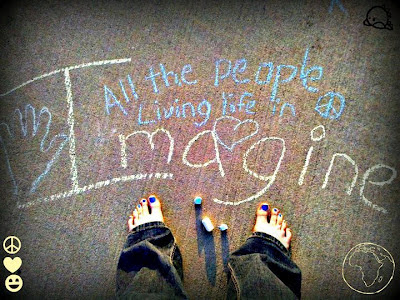 Then a few minutes ago, my phone chimes-it's a text inquiring about video to a song.  Not just any song mind you but the song "Imagine" by John Lennon.  Last year, our 4-H club signed to the Glee version for Talent ORama.  Several weeks later, her and Jessica signed it for Living Waters.  She was needing to brush up on it as she and a friend are wanting to perform it tonight at college.  So being the rescuer, I rushed to my trusty desktop to find the video.  I quickly located the file, clicked on it and my screen was filled with the sight and sound of her sweet voice and again, I cried.  I'm oh so glad to be the crazy blessed mama of three amazing young ladies!  Just think I'm going to have to do this two more times!  YIKES


The video isn't professional but here it is, enjoy!

On September 11th, I got my normal monthly email from the Unted Methodist Communications...a section of it caught my eye, it was about the Advent season and a new study series available called "A different kind of Christmas." I was intrigued and would really like to get a small group together for this 5 week study. (If you're interested, let me know.) Of course while I was on there I had to click around and explore. I came upon something that challenged me to take on the 21 day complaint free church challenge. Wow...now that's something we really need. I immediately posted it to my church Facebook and had a couple of friends like it but no one realy showed any interest. 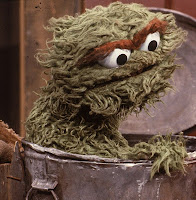 Now don't get me wrong, my church isn't filled with a lot of Oscars but frequently on Sunday mornings I hear grumblings things like: I'm tired, it's been a really hard week, the kids have so much homework it's really eating our family time, my job sucks, I had to work on Saturday, my football team lost...on and on and on. Nothing really major just all the little petty stuff. I have to admit, I'm guilty. I really hadn't given any additional conscious thought to the challenge until yesterday, I made the mad dash through Walmart grabbing groceries for the week while Melissa was in volleyball practice for one hour. That meant I had about 35 minutes to do all my shopping plus visiting because we all know you can't just run into Walmart without seeing at least one person you know and getting sucked into a lengthy conversation!  At the checkout, I was quite pleased with myself-groceries plus some staples like toilet paper and paper towels came to a total of less than my normal. (Thank you ezmeals planner!) The guy behind me was guzzling his Diet Pepsi, on the belt he had placed ten giant two liters of all types of super caffinated diet soda drinks, four packages of frozen burritos, at least a dozen microwave meals, several blue boxes of mac & cheese and countless bags of chips--not a single piece of fruit or veggie. I found myself being a grocery cart judge, you know we all do it--we peek into other peoples carts and look down our noses at how much junk they buy when are carts are full of the good stuff!  What I thought to myself: 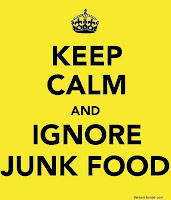 When the clerk told me my total he exclaimed "I wish I could get out of here for that!"

I replied with "this is groceries to feed my family of four for the next seven days minus the meat which I'll pick up at the Butcher Shop tomorrow."

He began to grumble and complain under his breath about how much his food cost and that it better last him two weeks. As I began to walk off, the clerk politely asked the gentleman how his day was. He began to unload about how horrible his day had been and how miserable he was.

I turned and said "at least you woke up this morning."

He retorted with, "that remains to be seen whether that is good or not."

I said, "it sure beats the alternative."

He said, "I guess you're right, I hadn't really thought about it that way."

All of a sudden, I felt a fire in my belly...what just happened?!?! It wasn't just a simple exchange with a stranger, it was a challenge, a 21 day challenge to quit complaining! The concept is quite simple put a bracelet on your wrist and every time you complain, you switch it to the other wrist. Now the website has ones you can purchase for $10/10 but I want to get started today, I'm fairly certain there is a bracelet running amok in my bathroom that can land on my wrist. The tricky part of the deal is you're supposed to go 21 whole days WITHOUT having to move the bracelet! Wow! 21 days without a grumble or complaint, I wonder how long it will take me to achieve that goal. I'm one crazy blessed woman; I strive to remember that several times a day and say a little prayer of thanks but how many times do I negate that with my grumbles? Who will join me in this challenge? Give me a shout by text, email, comment of Facebook message--let's hold one another accountable and see if we can start making this world a more positive place!!

Posted by DanaAlexa at 8:47 AM No comments: