Growing up with siblings that were teenagers by the time I have memories, I've always heard my Mom preach the mantra of living "in the word, not of the world." I didn't really get it.  She tried explaining it but that's a difficult concept for a young child or even a teen to understand.

For more than a month, my kids have been preparing for today-Halloween!  Frick immediately knew she wanted to be a hippie so off to Goodwill we went in search of some retro clothes; of course nothing worked.  So I quickly Googled hippie costumes and found a really cute outfit. 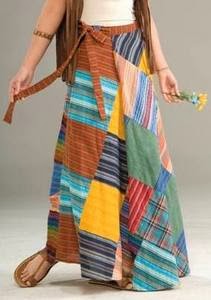 She quickly selected a shirt then sought out "fabric" (other shirts) that coordinated so she could cut it in squares and make her own skirt!  She finished it last week and was thrilled with her accomplishment! 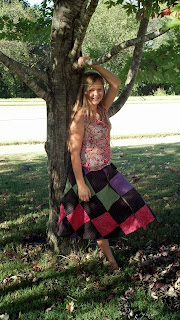 Then there is Frack who had no idea what she wanted to be.  She has such an easy going personality--the last two years, she has simply selected to wear her tap recital costume.  It was a little snug in the shoulders so she had to get creative and we spent lots of time on Pinterest looking for just the right thing.  Most of you know she is an avid gardener so when she saw a garden gnome she knew that was the Halloween look for her! 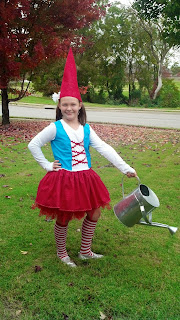 I know you're probably thinking what in the world do these adorable Halloween costumes have to do with living in the world?  Let me explain...after much deliberation I made the decision to enroll the girls in a local homeschool coop.  It was really, really difficult for me to join because of a little thing they call "statement of faith."  I've been a card carrying Methodist since before I was born, my grandparents were Methodist, my great-grandparents even gave land so that a Methodist church could be built on their land (the church-where my parents met and later married-is gone but the land still belongs to my parents).  So I have faith, I have beliefs and ordinarily I don't have a problem with things like this but take a look at what I had to "understand"-

1. We believe the Bible is the only infallible, inerrant Word of God and it is the final authority for all matters of faith and life.
2. We believe there is one God--eternally existent in three persons: Father, Son and Holy Spirit.
3. We believe in the perfect deity and perfect humanity of our Lord Jesus Christ, His virgin birth, His sinless life, His miracles, His sacrificial death, His bodily resurrection, His ascension, and His bodily return in power and glory.
4. We believe that man was created in the image of God, but chose to sin and therefore is lost and only those who put their faith in Jesus Christ alone are saved.
5. We believe that salvation is the gift of God brought to man by grace and is received by personal faith in our Lord Jesus Christ, whose death on the cross paid the price for man's sin through His shed blood.
6. We believe that the ministry of the Holy Spirit is to convict man of his sin, indwell, guide, instruct and empower men for godly life and service.
7. We believe in the spiritual unity of believers through our common faith in Jesus Christ.
8.  We believe the family is the basic institution created by God to include members related by birth, legal adoption or guardianship, and/or marriage (one man and one woman).
9.  We believe in a literal six day creation by God, our Creator, as outlined in Genesis.


Number 8 really gets me...that's my beef the clause declaring "one man and one woman" to define marriage.

I don't really have to agree with them all I was told, I simply have to understand that their leadership team is bound by these eight guidelines.  Okay-I'll understand, but if my dear friends L & J from Living Waters ever decide to homeschool their sweet son, I will go to bat for them if they want to participate in this coop!!!!

So that still doesn't tie together living in the world, does it?  This coop group (I am blessed to belong to because my kids have made some neat friends and learned some cool things) sends out a message this week:


They are telling me what I can and cannot discuss? I get being a christian, I get having faith and living my life differently but hiding from Halloween?  How can that be healthy?  Do they really think their kids don't know what it is?  Do they really think they can keep their kids from seeing the pumpkins, witches and goblins?  Do they think Halloween is magically going away and their kids won't have to deal with it when they are adults? What other things of the world do they hide from their kids?  There is plenty I have shielded the girls from until they were of an age to understand but I just don't see how making unwelcome even the discussion of Halloween activities is necessary.

We are a homeschool family-not because we believe schools are a bad place to be, not because we believe in a religious education, not because we're anti-establishment...we homeschool because we have found it to be a good fit for our family and a way our children can learn and receive a very well-rounded education.  Way back when Anna was 14, she participated in her first event at NWACC, by 15 she had enrolled in the Chamber Singers program.  We allowed her to be with this 18 and up crowd-she rode to and from the class with a nice young man who treated her as a little sister.  When the group began to ask her to go to Boston's and sing karaoke, we allowed her to go and you know what she learned?  She learned several important life lessons: 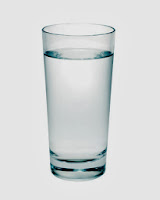 2.  Drink water-it's free and you can always get a new glass because you are never-ever toleave your glass unattended, even with a good friend.  If you get up to sing or go to the bathroom ask for a new drink.  That was my rule and she obeyed, even though she was in a very safe environment.  Now as a college student, she called last week and was expressing how glad she is to have learned that lesson because there have been some girls at her school at parties with local boys who have been slipped things in their drinks.

3.  You can have a really good time singing and being silly without being drunk.  She saw that the kids who got drunk weren't fun anymore-they were crying at the bar about a lost love or how they had been wronged by someone-they were downright annoying!

Imagine if she had never seen or learned these lessons-she could have been the girl with the drugged drink.  She knows how the world is and chooses to live her life with the morals and ideals she was raised with.  She has seen both sides and chosen the good path.

We can shelter our children and hide them from the world...but like the young tree that spends its formative years tied to a pole, it never gains strength and breaks easily when tested.  Talk to your children, let them see the world and live in it but help them to learn that they don't have to do the things of the world.  We are crazy blessed as parents to have our children for a short, short time.  Let's spend those moments building them up, giving them strength because they can't always hide...they must live in the world.

Posted by DanaAlexa at 9:36 AM