Exactly what is normal?  If you asked a hundred people you'd get at least a hundred answers!  For me, normal varies on any given day.  Today, normal was mopping up a blue Downy lake in the utility room before my first cup of coffee!! Yesterday normal was going to church, getting Mel to volleyball, helping Jessica with her 4-H talk and having a relaxing evening with the family!  If you want to look at the bigger picture, like maybe our family--I'd say we are a pretty normal family.  Husband, wife, three kids, three cats, one dog, a couple of fish tanks, three vehicles, a mortgage...pretty typical for our area give or take a cat or two!  But Sunday morning, my vision of normal was brought into question.  However in order for Sunday to make sense as normal, I suppose I will have to start with the events from eighteen years ago.

In 1994, Ted was in college and I was a service desk girl at the local Walmart store.  After Anna was born, we had planned to continue our normal-Ted with college and work, me with work.  An amazing boss allowed me to take 12 weeks of maternity (six were unpaid but we made it work).  When I went back to work in February of '95 I had grown used to being at home, fixing meals for my college boy and spending every moment with my #1 Angel girl.  I was miserable at work, I came home crying every day and it didn't help that the lady who was supposed to provide our childcare had a family emergency and was unavailable-we just couldn't find the right person and I refused to put my sweet baby in one of those daycare centers.  Mis-er-able....so after a couple of weeks, my handsome, intelligent husband said the words that would alter the rest of my life,

We did find a way.  The journey was often difficult but we did make it.  In those early days, Ted worked the closing shift almost every night at Braum's.  Being the Mom, I would snuggle into bed in the evenings with Anna, reading her books, telling her stories, playing games of pretend and then falling asleep in her Winnie the Pooh world.  When Ted would arrive home, I would get up and go to our room.  Thus began the world of co-sleeping.  (I didn't know that term in 1995 but came to be familiar with it after the birth of Melissa.)  As Anna grew, she would often toddle into our bed during the night or early in the mornings-she didn't like being in her room alone.  (There were too many wolves there so her young mind thought.)

Sweet Melissa came along seven years later.  I was older, more experienced after all I'd been a Mom for so long surely I was on the right track.  We were excited to welcome another pink bundle to our world.  I quickly set up a bassinet sleeper right next to our bed.  When the time came to put her into a real crib I couldn't bear to be separated so we put her crib in our room, next to the bed.  That was okay for a while but I still felt separated, the night time feedings were unsettling for all three of us.  Something had to change.  So I got the brilliant idea of taking one side off of her baby bed and attached it to our bed.  Perfect!  She had her own space, couldn't roll out into the floor but could comfortably be nursed back to sleep.  Weekend mornings were a favorite time because Anna would wake and join Ted, Melissa and me where we would just hang out in our bed and be a family.  Long after she was weaned, she still continued to sleep in that little crib until she was three when along came Jessica.

Jessica only stayed in our room about six months, Melissa alone in her room was anxious for her little sister to join her so we obliged.  However our weekend morning family time continued...

Now these weekend morning cuddles didn't happen every weekend but when they did, they were magic.  Kids laughing, talking about all the important things in their lives, watching a funny movie or the Food Network so we'd have new recipes to try that day...or sometimes, just being close and listening to one another breathe (or fart)!!  As the kids have gotten older and our lives have become busier, the opportunities for family cuddle time have been few and far between.  Some weekends, I wish I had a magic wand I could wave to make those leisurely mornings happen more often.  But alas, I can't.  Even when Anna is home, the cuddle isn't something that can be forced-it just is.

So, yesterday morning I was feeling particularly lazy.  Handsome husband had received a wee-hours-of-the-morning call from work which coupled with the time change made for a morning of an almost altered state of reality.  After completing his call, he crawled back into bed...after cooking breakfast, I headed for the shower and the urge to join him was irresistible...then Anna comes through our room, looking for a hair dryer and joins in....next Jessica comes running in to tell me something and realizes what is happening.  We quickly begin calling for Melissa and the magic is complete.  As we're laying there all talking, laughing and occasionally farting,  Anna breaks the moment and tells us that we are "weird" that no one else has cuddle time!  It seems one day she was talking to her more sophisticated college friends and mentioned cuddle time-her friends were taken back and wanted to know what she was talking about.  She explained and they were all "oo-o-o-h....that's strange."  We then continued to discuss whether it was strange or not--we reached a unanimous decision that it isn't strange, it's our normal.

I am crazy blessed to be the Mother of his children...to spend my days educating them, cleaning up after them, washing their laundry and establishing a life that we consider normal.  I hope and pray that one day when the girls are grown and have families of their own they each will find a normal-whether it's family movie night, Friday night dinners or even the strange weekend cuddles I want them to experience what I have, the ultimate happiness that can only be felt when you stop and realize how crazy blessed you are!  Go find your NORMAL!! 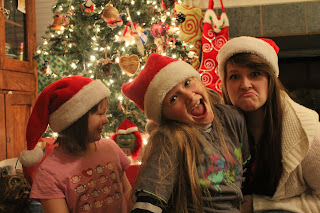 (The foot picture above is not my work-even though I have a thing for feet, this image was borrowed from Stefanie Pace.)﻿