My close friends and family know that the last four months have been very hectic and full of many changes in my life.  I hit an extreme low and by low, I mean the absolute pits which are really lower than low.  I was tired and exhausted all the time.  Not just ho-hum, I could use a nap tired but the tired that you can feel everywhere in your body.  (My kids lovingly told me the other day that I sounded like a commercial for depression when I described how horrible I was feeling.)  I didn't nap, I wasn't even sleeping more than normal because I was afraid if I let myself slow down I'd never get up again.  I wasn't enjoying anything because all I could think about was how tired I was.  I felt like I was in a brain fog...kind of like this polar bear. 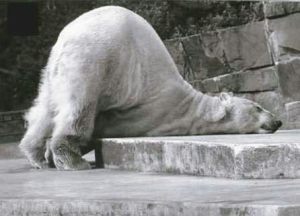 Flashback to last year when I invited some of my favorite Mom friends to join me at Crystal Bridges for a night out.  We met at the Mellow Mushroom and had dinner.  I quietly listened as two women who I really respect began telling about their lifestyle changes-one was her personal journey and the other had included her entire family in the changes.  Something called Paleo/Primal.  Now I had seen the changes in these ladies, their bodies had become more shapely but their minds, their minds had changed also.  One is a mother of four who has returned to college-she is doing fantastic in a field that is heavily competitive.  The other told stories not just of her changes but those in her children-I could see the changes in them, too.  I just hadn't put it together with a way of eating.  That was my first glimpse that what I eat could really affect my energy and mental status.

More recently a dear friend from church shared with me that she and her husband had modified their family eating to Paleo and what a difference it was making.  Changes in their body-mental and emotional states as well.  I was slightly intrigued but not enough to jump on yet another "fad" regime that would only wind up disappointing me in the end.

Early January, I made a call to ChurchLady and asked her about my fatigue/exhaustion.  I was wondering if she felt different with her way of eating.  She began to flow about how much better she and her husband were.  Telling tale about waking up faster in the morning, feeling full, enjoying real food and changes she saw in her childrens behavior.  Hmmm, maybe just maybe this might be worth a try.

So, on January 4, 2013 I woke up and began a new life-a life without sugar or grains.  A life eating food as close to the source as possible, more organic, more grass fed and hopefully more nutritious.  I made this decision not to lose weight but to feel better.  With moving my parents closer, having a terminal family member in Oklahoma, a daughter in college, two very active daughters at home, a husband who was about to experience more health issues in two months than he had in 20 years of marriage--I had to do something.  My doctor had done a full blood work up in December and all my levels were "perfect" there was nothing medically wrong with me. After all, what did I have to lose?  I've kept pretty quiet about it because I was afraid that I would just fail again.

In one short week, I was absolutely amazed at how much better I was feeling.  Sleeping well all night and waking up feeling refreshed not sluggish.  I wondered could this really be due to what I'm eating?  Then I had a crazy day-you all know exactly what I'm talking about-one of those days where you are the person in the Village who is lending a hand to a friend in need?!?!?!  Worth every moment because I'd do anything for my friends but this day was a little more hectic because of my own schedule so I slacked on food-I ate some breaded stuff.  That night my stomach cramped and the next morning I felt like a troll-a grumpy troll who didn't want to get up!  Wow-what an eye opener.  I'm not doing that again. 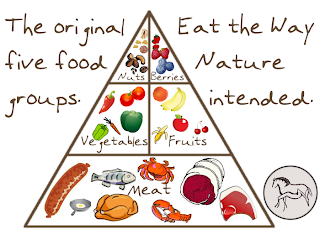 So here I am 61 days later and my kids asked me last week if I would be eating like this forever.  My response was "as long as I am feeling as good as I do right now-I'm eating like this!!"  I used to think people were crazy when they talked about foods poisoning their bodies but now, I'm a believer.  My body feels younger, I have a new energy and clarity that has been missing for far too long.  I want to do things I've never done before-can you believe that in April I am doing a 5K?  Crazy huh?  I know I won't be able to run it-I've got a ways to go before I can run-but I will make it every step of the way and who knows next year I might just be running a 5K.


I'm not telling you that you should go Paleo or change your way of eating.  I'm just sharing with you how crazy blessed I am to have discovered that a few changes could drastically alter my entire life.  The last three weeks have been hard-gallbladder surgery for Ted, biopsy for me-just got the all clear YAY, trips to Oklahoma, losing a great friend in a tragic accident...things that probably would have been far more difficult to handle 62 days ago.  So when you see me and I'm happily munching on an apple or dried okra and passing on the cake-please don't ask me if I feel deprived or if I miss those things because quite frankly I'm not deprived I'm enjoying foods in a way I never imagined and more importantly, I am enjoying things with my family that I had been missing because I was eating things that were causing me to be in a fog.  As an added bonus, 28 pounds have gone missing...I hope I never find them!

A few weeks ago, a friend had this as her Facebook status:

"I know this is cheesy, but it's true. In July of 2011, my GAP long and lean jeans were a size 12, and I wore Spanx under them. Today, my GAP long and lean jeans are a 6, and they're loose in the waist. I see and hear people complain all the time about their weight and the way their bodies look. Either make peace with it, or do something real about it. A year goes by fast, but a lot can change." 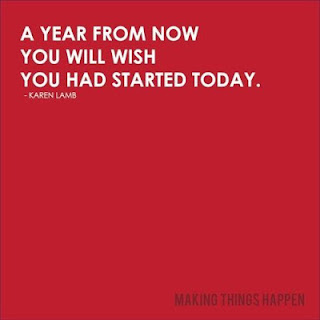 Thanks Trisha for the reminder-a lot can change if we're willing to take that first step.  Doesn't matter if it's losing weight, having more energy, cleaning our house, building our confidence or whatever...we're all crazy blessed now get started!!  Today IS the day!
Posted by DanaAlexa at 10:57 AM