Step back and give it a little space... 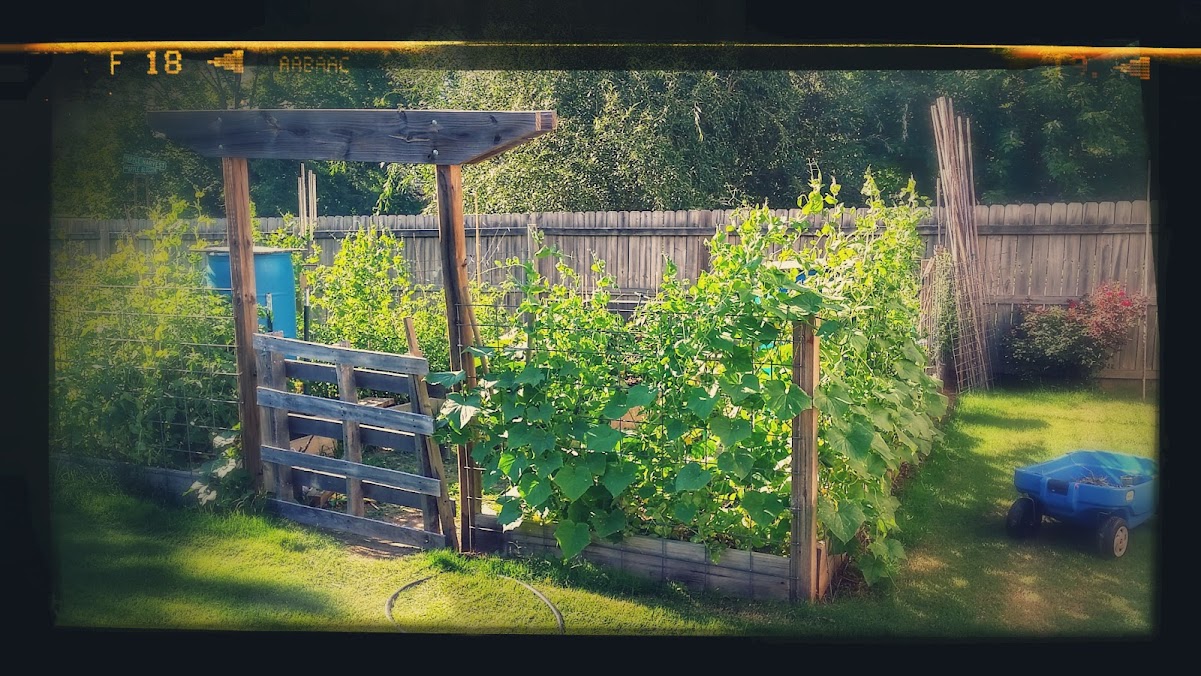 Some of my very first memories were in the garden.  Growing up on Kingsway Drive, my parents had a huge garden-strawberries, green beans, onions, squash and several peach trees!  Shortly after Ted and I married we dabbled with a couple of tomato plants in front of the rental we lived in.  Something about the earth and growing your own food was very appealing to both of us!  So when we purchased a home of our own, a garden seemed a natural fit!

We actually have two gardens.  My Garden-which I love and adore seen above.  It is close to my rainbarrels.  I have even created an Excel "map" of every square foot so I can lovingly pour over seed catalogs and books to determine the best configuration of plants.  Early in the spring I begin my seedlings in anticipation of transforming this space to my magical place of refuge.  Like so many who find themselves a member of the "sandwich" generation, my day to day life is often interrupted by chaos; my garden is my place of order and serenity.  It's not huge, it's not fancy but it's absolutely a crazy blessing to me!

My "lesser garden" is small, a mere 10 foot X 10 foot.  It was our first on Apple Harvest.  We tried everything-simple raised beds, the Rubbermaid tote self watering container gardening, strawberries and even hay bale gardening.  I can't quite describe my feelings for this garden but they really have not resembled anything positive.  I've even asked Ted if we could just take it out.  Then a couple of years ago this garden redeemed itself.

Above I mentioned trying hay bale gardening, right?  Well who knew that when you place hay bales on top of a garden, water and add a little manure to them  it does amazing things to the earth underneath.  When the bales were moved there was rich, dark soil.  Even seeing the beautiful soil I was skeptical, something that had failed me time and again; I just wasn't sure if I was up to the effort of creating a beautiful space.  So I didn't.

In this "lesser garden", I planted some asparagus thinking it was a low to no maintenance crop I could plant and ignore.  I had tried potatoes in the hay bales but had changed my diet and no longer ate many potatoes but sweet potatoes were another story.  I did some research and purchased some "slips" and lovingly placed them into the soil.  Magic began to happen.  These things began to grow!  The vines took over and covered almost every inch of "lesser garden."  What happened next was nothing short of a miracle. 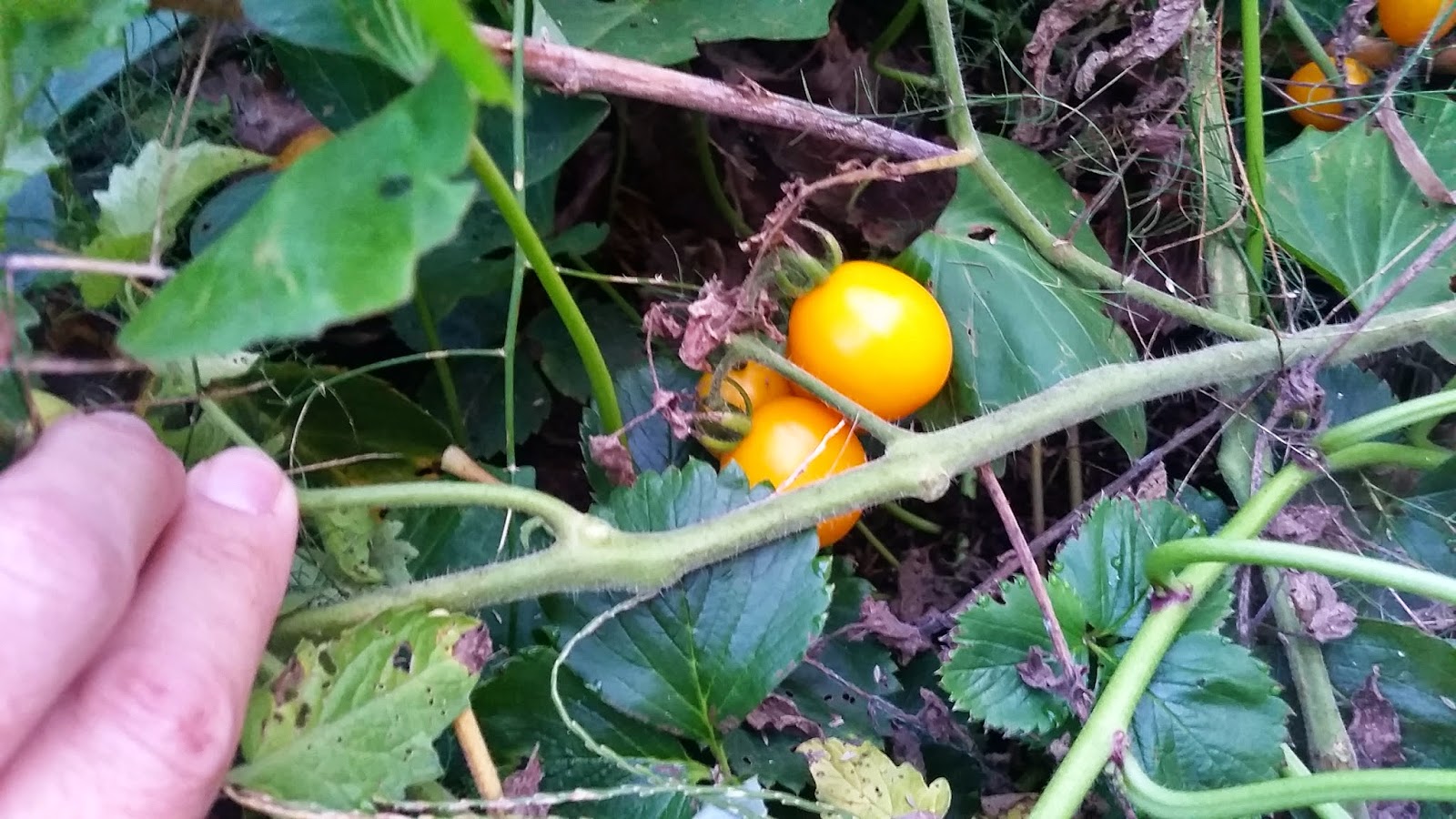 **Flashback** to the year of the hay bale garden I received a free package of yellow pear tomato seeds.  I planted a couple in those hay bales.  They were really good tomatoes unfortunately I don't remember where they came from and I failed to save the package.  One day in the midst of those beautiful sweet potato vines a volunteer tomato seedling poked its little head up.  It was small, didn't look like much but I decided to leave it.  That lone tomato soon had a couple of friends and "lesser garden" became filled with volunteer tomato and sweet potatoes!

Here we are today two years after the experimental hay bales.  My sweet potato vines are growing like crazy, there are still a couple of hay bales working to convert the soil under them but most important are those incredible volunteer tomatoes providing me with the end of summer bounty of golden nuggets of goodness!!  It's not much to look at it but it gives me wonderful things to eat with little to no effort.  I've only watered it ONCE this year! 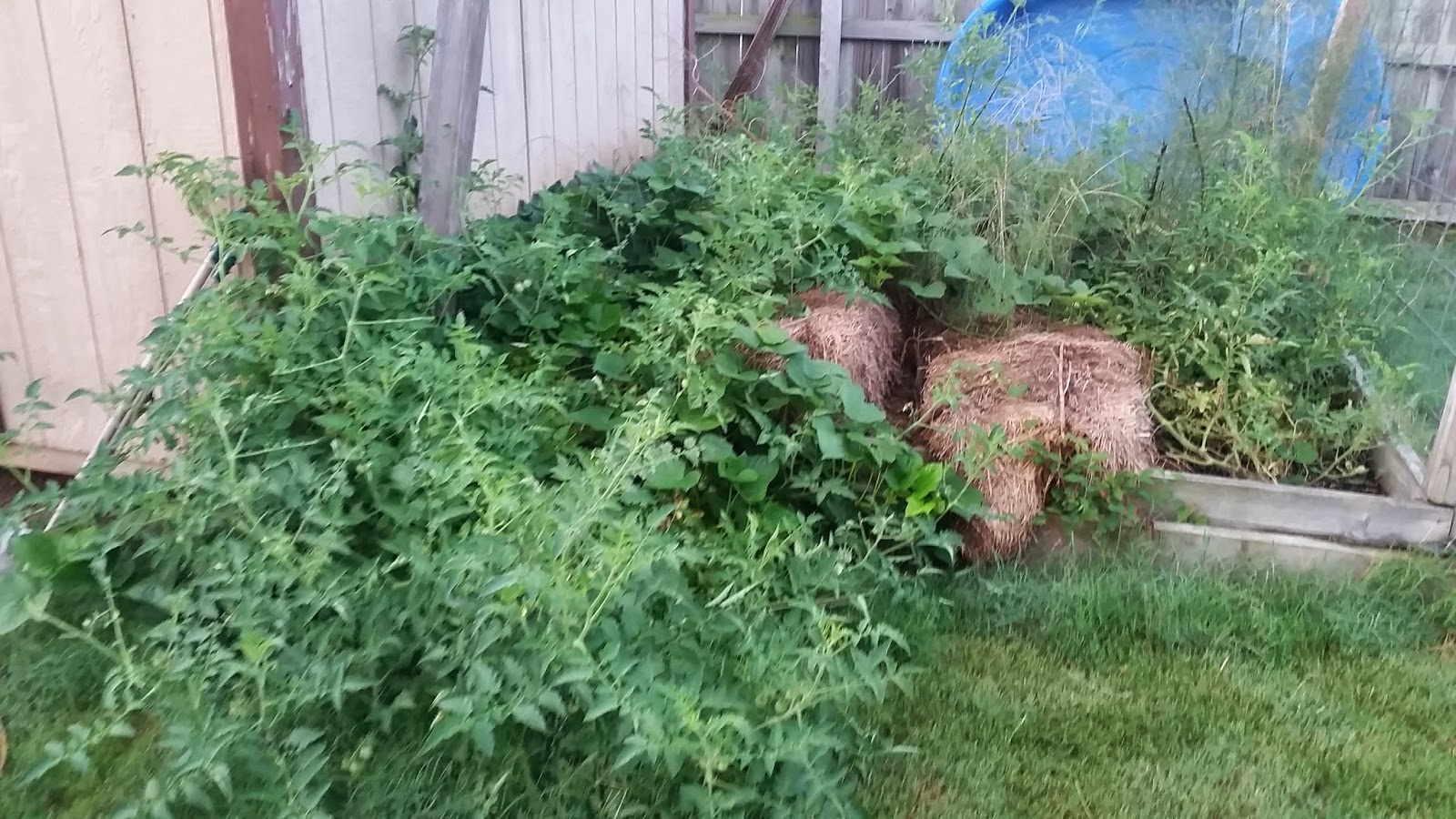 But this post isn't really about my garden, it's about a correlation noticed just this morning.  In my life I've come across people who are much like my garden.  I put time, effort and love into the relationship/friendship and it seems like a waste of my time-I don't seem to get anything from it.  But sometimes just when I'm ready to throw in the hat something beautiful emerges.  Now mind you I'm not suggesting that every relationship can turn into something beautiful because every garden has weeds but I would caution you to not cut all ties going crazy with the Round Up!  Maybe you just need to gently pull the weeds, step back-I repeat STEP BACK-then give it a little space to see if something grows.  If it does, you'll be crazy blessed with a beautiful thing; if not at least you'll know that you gave them the opportunity!
Posted by DanaAlexa at 8:43 AM